The Belgian Malinois dogs are well known for their intelligence and work ethics as police/military dogs. If you are looking for a brilliant guard dog, you might be interested in adopting a Malinois for your home.

But are their energy and temperament suitable to be a good family dog? Check out this article for more details about this fantastic breed.

Is a Belgian Malinois a German Shepherd?

Belgian Malinois and German shepherds are frequently mistaken for each other because of their similar traits, but they are actually quite different. Both breeds share similarities because they are part of the herding groups, commonly referred to as military dogs, because of their characteristics.

As their names suggest, the German shepherds have their origin in Germany, while the Malinois are among the four types of shepherd dogs in Belgium.

The Belgian Malinois are medium-sized dogs, with a maximum height of 26 inches for a fully grown one. Their average weight is around 70-80 pounds. The German shepherds, on the contrary, are bigger and less aggressive. 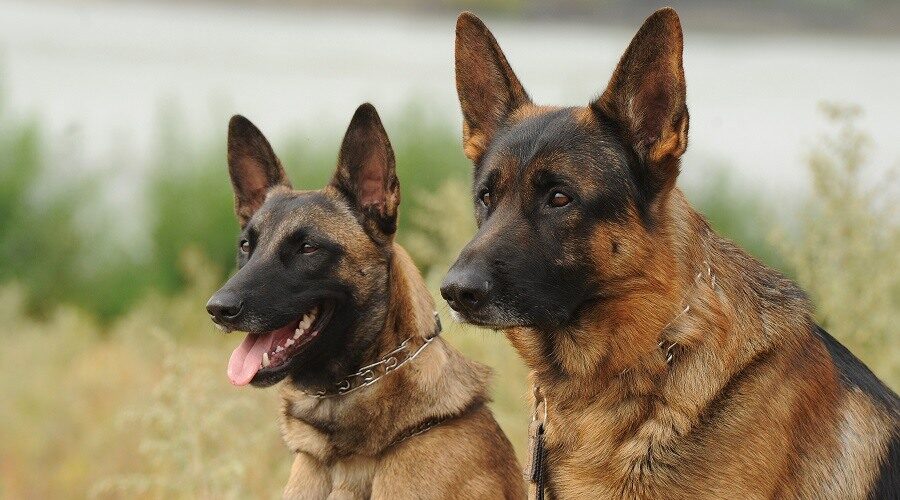 The Malinois have short, hard brown hair on top and a softer coat underneath to protect them against the weather. Their face and ears are black, which resemble the appearance of German shepherds. Their head and back’s fur is also darker.

The Malinois dog is smart and loyal, and they also possess high energy since they were originally herding dogs back in time. In modern times, they continue to work for the military and police, or they can be trained to be protection dogs thanks to their intelligence and hard-working behaviors.

As mentioned previously, Belgian Malinois are excellent enough to be great police dogs. Although their size is not that big, their super speed, high energy level, and fearless attitude can make up for it.

The Malinois are always on high alert and very reactive to the surroundings. They are quick to respond to anything happening around them, which is a highly appreciated ability for working dogs in the military and police fields.

The Belgian Malinois are intelligent and hard-working

However, exceptional as they are, the Malinois dogs still need considerable training and supervision when it comes to security work because they are quite aggressive and wild in nature. Without a person to order them when to bite or not, they may attack the innocent due to their hyperalert.

On a high note, the Malinois are quick to learn thanks to their intelligence. They can master many tasks as they are trained. They can perform difficult tasks like tracking, herding, search, and rescue, which are essential for good guard dogs.

More importantly, the Belgian Malinois dogs have a strong desire to work, and they are eager to follow orders. Therefore, they can be pretty great guard dogs if they have proper training, even though it might not be easy for beginners.

Is a Malinois a Good Family Dog?

As many people are interested in adopting a Belgian Malinois as a pet, whether Malinois is a good family dog has become a topic of concern.

To put it simply, the Malinois breed is not a typical friendly family pet. They are reliable as working dogs for their intelligence and physical abilities, but they are also highly energetic and have tendencies to bite things.

However, it doesn’t mean that a Belgian Malinois can’t be a friendly furry member of your family. Certainly, it will take time and effort for proper training, and they would need a suitable family in the first place, but the Malinois can still be a great guard dog for you.

Are Belgian Malinois Easy to Train?

Although the Malinois breed is quick to learn, they still require a certain amount of training and discipline to become an obedient watchdog.

First of all, the Malinois are very sensitive to their environment, so harsh treatment will not work on them. It’ll only trigger their aggressiveness and cause harm.

They can be calm and friendly, but they’ll also be vigilant against strangers, especially when they feel intimidated. A lot of external factors heavily influence their temperament and behaviors.

For that reason, it is important to socialize and get them familiar with new people, new sounds, and new environments as much as possible. It is the key to get them acquainted with family life. You will need patience when teaching the Malinois dogs who are friends and who not.

It is best to start training as soon as possible for the Belgian Malinois puppies. Early exposure to puppy traininghelps them develop skills and appropriate behaviors that will go with them in later stages. 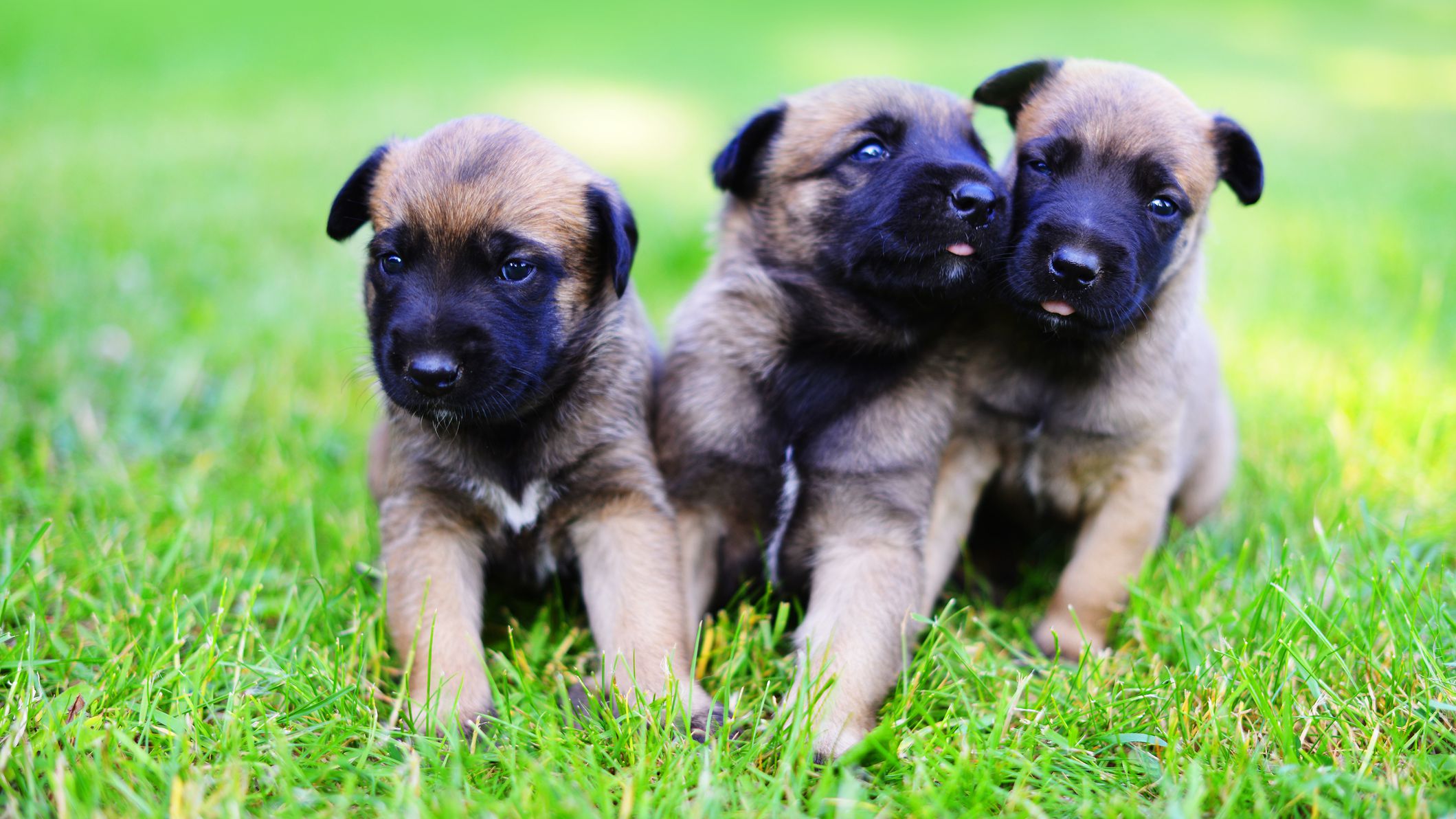 If you are inexperienced in training Malinois, you can get help with behavioral training services such as athletic or K-9 training programs.

Another important thing to bear in mind is that the Malinois dogs require many exercises and outdoor activities because of their intense energy. Unless you have enough time and effort to accompany the dogs for daily long walks and outdoor exercises, you should reconsider choosing to adopt a Malinois.

Finally, a well-trained Malinois dog can be on good terms with children, but they still tend to bite or nip, even if just playfully. It would be best if you focused on this trait in the early training stage to make sure they don’t bite out of habit.

Should a First-time Owner Adopt a Malinois Dog?

Raising and taking care of a Belgian Malinois dog requires a lot of dedication and decent knowledge about dogs. In general, it is not the best choice for a first-time dog owner to adopt a Malinois, especially if you just want a cute pet at home.

First, they can’t be left alone for a long time, because they need frequent exercises to improve both their physical and mental health. Furthermore, the Malinois are also super sensitive that if you don’t have enough experience, you may train them in the wrong way or accidentally trigger their aggressiveness.

However, with proper and consistent training, the Belgian Malinois will make an awesome and obedient guard dog. If you are new but still want to adopt a Malinois, make sure you take your decision seriously and demonstrate commitment to raising your pet.

If you want to look for easier-to-train dog breeds, Goldendoodle puppies or Maltese puppies are great choices for you to consider.

Can Belgian Malinois Get On Well With Other Dogs?

Due to their temperament, Belgian Malinois normally don’t get along well with dogs and other animals. They are very wary of strangers, so you must watch out when they are near other animals to keep them in control.

When being raised together, the Malinois can be on friendly terms with dogs or cats. It would help if you started their socialization early to encourage them to strengthen the bonds with their furry friends.

If necessary, you can keep them in a place secured by a fence to prevent the animals from getting into fights.

The Belgian Malinois dog is an animal of great intelligence and physical abilities, making them excellent working dogs for the police and military.

It might be a challenge if you want to adopt them as a family pet. But with dedication and proper training, they can become your lovable and loyal watchdog.

We hope this article can help you learn more about the Malinois. Thanks for reading!