When talking about Chihuahuas, people imagine a small and fawn dog with cute bark. However, the deer head chihuahua is a little bit far from your thoughts. Don’t you believe it? Let’s get started and see some essential info about this adorable dog breed!

What is the deer head chihuahua? – An overview of the origin and history 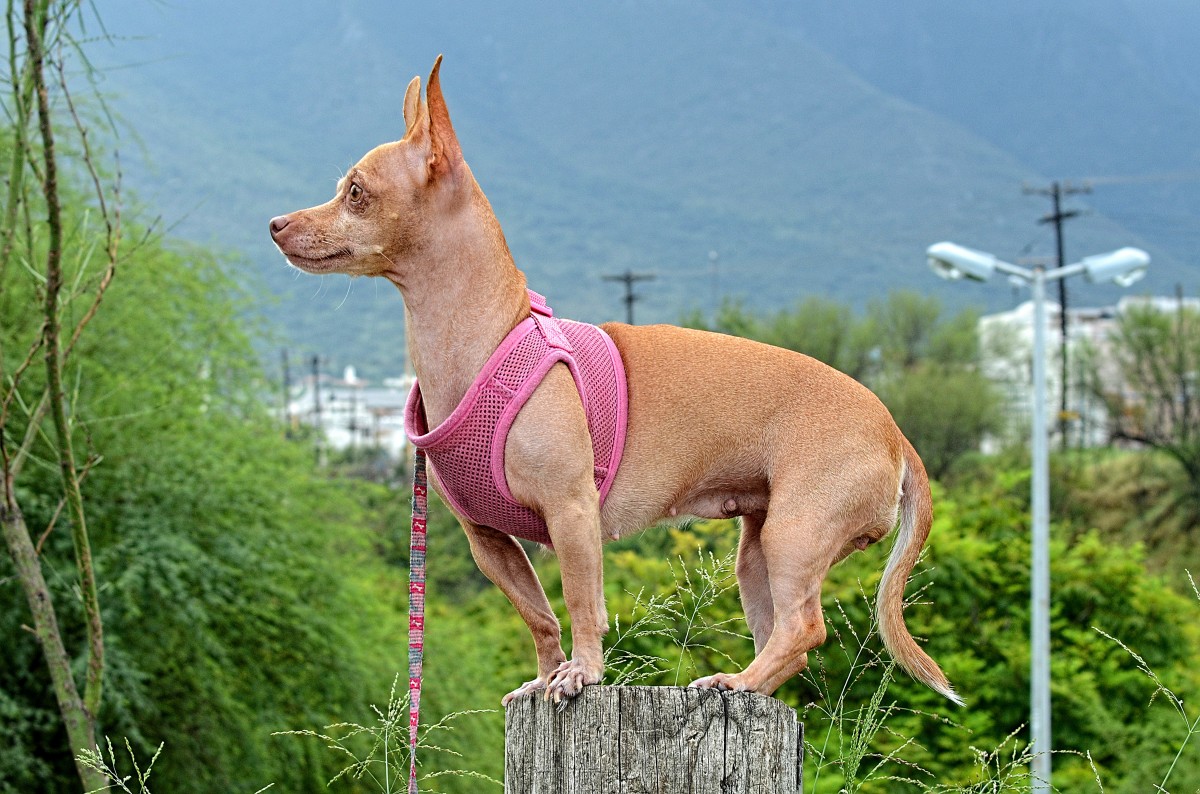 There is no scientific evidence about chihuahua’s origin. However, it is believed to originate from Techichi – a dog breed living in 300 BC in Mexico. Its name was taken after the state of Mexico.

However, this breed was only recognized in the early 1900s by American Kennel Club (shortly as AKC) – an official registry for dog breeds worldwide. However, due to some differences in appearance compared with the Applehead Chihuahua, the deer head chihuahua is not allowed in AKC.

What are the main features of the deer head chihuahua?

This type of Chihuahua has a deer-like shape with a long muzzle and a sloped forehead. Its ears are usually long and thin, which stand upright. An attractive point of this breed is the full, round, and dark brown eyes.

size of the breed is between 8 to 12 inches.

Due to its bigger figure, it is heavier than its sibling – the applehead chihuahua. In general, this breed weighs from 7 to 12 pounds.

Although it is bigger than other pooches in a small-sized dog group, it is still tiny and able to fit a handbag!

A fun fact about this breed is the tail, which never hangs low. As a result, they always look happy and energetic.

You can see many colors for this type of Chihuahua, but the most common hues are silver, grey, black, or white.

Small in size but big in personality. That’s what we can say when talking about the temperament of this breed.

Even though the puppy’s personality depends on its parents and grandparents’ genetic characteristics, this breed is usually described as a loyal and devoted dog.

They are out-going, active, and friendly as well. You can get along with a deer head puppy quickly in the first meet. Whereas, it gets trouble making new friends with other pooches while it’s an easy task for the goldennoodle.

However, they are prone to become aggressive sometimes due to over devotion. It may also be a sign of the Small Dog Syndrome, which implies a collection of negative small dog behaviors.

This syndrome’s typical actions are growling at people, failing to obey the owner’s commands, hiding behind when seeing bigger dogs, etc. If your Chihuahuas have some of these behaviors, you should give them more love and security.

As Belgian Malinois, this breed is full of energy and loves playing around by itself or with other dogs and people. They love warm places so outdoor activities on sunny days are the best idea to make your deer head dog happy.

To gain more connection between you and your beloved friend – a deer head chihuahua, you should play with him/her. Some games for both of you are fetching, hiding and seeking, finding the treats, and so on. Despite the fact that these games are getting old, they are still great choices for your tiny buddy.

If it’s not a beautiful day, just stay inside. Your puppy is a ball of energy, so it can be playful and joyful with some toys. However, this intense energy may result in a sassy and feisty dog. Hence, you need to train him/her properly.

Looking at the tiny body of the dog, you may think it doesn’t eat much. It’s just a stereotype. It works for the teacup maltese, not for our today’s main character.

The breed is super active and energetic with vigorous actions such as jumping, running, and playing. As a result, we need to fuel them a lot.

You should divide the dog’s food into multiple, small meals. A great way to know when your puppy needs more food is to train it to ring a bell. In case he/she denies your food, don’t worry; he/she just has enough.

Train your dog how to ring a bell

Take note: your dog may get two issues in diet: Which types of food the dog can eat? At first, you should follow the diet from the breeder for at least two weeks. Afterward, you can gradually add new types of food and cut off the old food in the meals. According to AKC’s recommendation, the dog should be fed moist food until it’s 12-13 week-old. Then, you start preparing dry and unmoistened food for your dog. What should you train your energetic puppies? The first rule when training your dog: be patient and gentle.

Unlike bloodhound puppies who are stubborn and sensitive, the deer head Chihuahua is hard to train due to its intense energy. Thereupon, it’s hard to keep him/her staying still and obey your guidance.

Some basic commands, including sit, down, stay, come, heel, roll over, are essentials. Wherefore, don’t get rid of them in your training class! As we mentioned above, you can train your dog to ring the bell for food. Of course, treats are of importance to make your dog obey.  A tip for you: you should put your dog on the table so he/she cannot hide or run away.

Two types of the Chihuahua

Differences in their outlooks

Right from the names of these breeds, we can realize their distinctness.

Deer head chihuahuas have a deer-like head shape with a long jaw. Whilst, the applehead chihuahua owns a small and round head like an apple with a short muzzle. Besides, they also have different ears’ shape. When the former has long and slim ears, the latter possesses triangular ears.

About figures, the former dog is bigger and slender than its counterparts. Hence, it seems less cute and adorable than its sibling.

Differences in the personality

Both of them are considered as sweet and loving dogs. However, some owners say the deer head chihuahua has a better temper than the apple head chihuahua. But there is no evidence for that.

The apple head chihuahua is prone to get some general puppy’s disease, especially respiratory issues due to its short noses, such as reverse sneezing or tracheal collapse. On the other hand, its sibling seems to get fewer breathing problems thanks to its long muzzle, which makes this bread unrecognized in AKC.

A deer head chihuahua is a perfect friend if you live in a small apartment. Although the breed is always joyful, you still need to give it love by petting it or playing together. Don’t forget to shop for some toys and cute outfits to keep them warm.

3 thoughts on “Deer Head Chihuahua 101 – Origin, Facts And How To Raise”