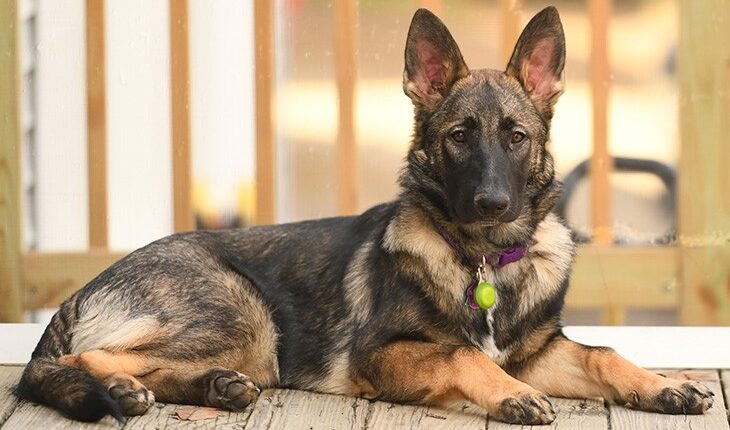 This article will give you more insights into this wonderful breed and provide you with knowledge of taking care of a Sable German Shepherd.

What Is A Sable German Shepherd? – An Overview

Sable German Shepherds are known as striking dogs with distinct coat colors. This coat makes them look like their ancestors-wolves. They are giant dogs with massive bodies that weigh about up to 95 pounds and 26 inches in height when standing. That number is for males; the females are slightly smaller.

Sable German Shepherd at the Ocean

In fact, the fur of the German Shepherd contains double coats with two different functions for its temperature balance. One keeps them warm in cold weather, and the other keeps them cool in hot weather.

Generally, you don’t need to strim their fur fully. Ideally, brush their fur every day and wash it when it is dirty.

Sable German Shepherds are known as intelligent dogs, so they are used as police animals. Besides, they often show their love for family members, adversely, rampage toward strangers.

In some studies, German Shepherds are supposed to be more aggressive than other dogs. In one research, Shepherd is at the top of the dogs that bite people on the street. Partly, because German Shepherd has a big body, so their bite ( even a light bite) can injure the people who are bitten.

However, we can not assume that all Sable German Shepherds are aggressive. As long as you need to take precautions when bringing your dogs to crowded places, Shepherds are always friendly dogs.

The average life expectancy of these dogs is from 9 to 13 years.

What Is Sable German Shepherd Colors?

However, with Sable German Shepherds, you will see the silver, gray, tan is together with back tips. That is why it is called Sable, an outstanding feature of these dogs, which brings to Sable German Shepherd not only beauty but also good health and acceptable behaviors.

So, to differentiate a Sable German Shepherd from other Shepherds, you only need to look at its fur. A Sable Shepherd will have back tips on their fur, while the rest of their fur will be of different colors. 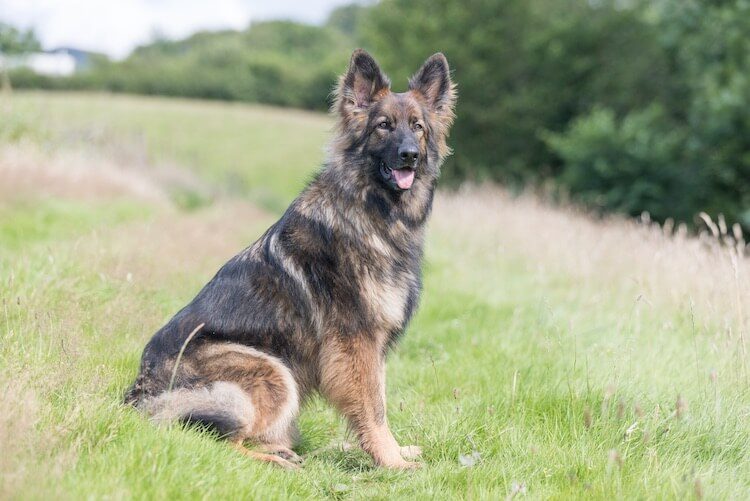 What Is Sable German Shepherd Colors?

What Is the Temperament Of a Sable German Shepherd?

In general, Sable German Shepherd has the same temperature as other Shepherds.

Sable dogs are highly intelligent, so they can quickly learn new commands and tricks also. Dogs are famous for loyalty, and it is the same as your Sables. They will always follow by your side. Even when you go to the toilet, you will see your Sables. These dogs are permanently attached to their owners, so you are fortunate if you have a Shepherd by your side when feeling blue.

Besides, Shepherds are famous for being playful and energetic. If you have Shepherds, you will know how much they want to go outside. They are active, so do not let it stay in your narrow house for too long. as they will quickly become bored. As a result, they find something and destroy it. So, spend time with your dog outside for them to relieve their energy. Additionally, you should ensure that they have proper training and learn what behaviors are allowed.

Shepherds are also loved for their goofy moments. Sometimes they will play like puppies. On the other hand, they are serious when working, so they are often chosen to serve in the military.

Because Sable Shepherds are pure-breed dogs, you should be careful when letting them play with children for a long time because they may snap. So you need to ensure your children know how to behave correctly with a dog and train your dogs when they become aggressive. Then you can let them play with your children.

How To Care for A Sable German Shepherd?

First, you should spend about half an hour on exercising with them. This will allow your Sables to burn their excess energy. If you wonder What the suitable type of exercise is, good activities for Sable German Shepherds are running, hiking.

Additionally, you should buy some toys for your Sables. Toys also help them to burn energy. They enjoy chewing, so you can buy them hard bones. In addition to chewing, they are fond of chasing the ball, so you should also consider buying them a bouncy ball.

Check your Sable German Shepherd’s health every year. Taking your Shepherd to the veterinarian at least once a year will help to discover and treat many health problems at the first stage.

Your Sables need you to brush their fur at least once a week. However, remember not to wash them too many times. Only wash them when they need it, ideally, once a month.

How to feed a Sable German Shepherd?

Sable puppies German shepherd on a beige background on a chair

Sable Shepherds have huge bodies, so they will need a significant diet as well. It is recommended that you should feed your Shepherd 20 calories per lb body weight for a day. So always check for the dogs’ weight to know how much to feed.

Puppies should be fed 3 to 4 times per day. More meals every day will help them to digest better and avoid intestinal diseases. In adulthood, you can decrease the number of meals to two meals a day.

The food should have enough nutrients such as proteins, fats, and carbohydrates. When you have to switch the food, do not change it immediately. Mix the new food with the old one, and gradually increase the ratio of the fresh food for about several weeks.

Sable German Shepherds are unique creatures. It will take you a lot of time and effort to raise a Shepherd; however, all these attempts are deserved.

Love and take care of them; they will protect and be loyal to you for the whole lifetime.

Thank you for your reading.